“We’ve got a lot of relations with countries in our neighborhood.”â€”Kranj, Slovenia, June 10, 2008

“Our enemies are innovative and resourceful, and so are we. They never stop thinking about new ways to harm our country and our people, and neither do we.” –Washington, D.C., Aug. 5, 2004

“We found the weapons of mass destruction. We found biological laboratories … And we’ll find more weapons as time goes on. But for those who say we haven’t found the banned manufacturing devices or banned weapons, they’re wrong, we found them.” –Washington, D.C., May 30, 2003

“Oh, no, we’re not going to have any casualties.” –discussing the Iraq war with Christian Coalition founder Pat Robertson in 2003, as quoted by Robertson

“I’m telling you there’s an enemy that would like to attack America, Americans, again. There just is. That’s the reality of the world. And I wish him all the very best.”â€”Washington, D.C., Jan. 12, 2009 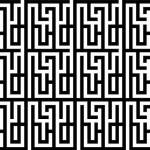 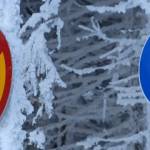