Ko sem pisal prva navodila za odklep in aktivacijo OOT Apple iPhone – Firmware 1.1.2, me je v komentarjih Imamac spomnil, da je v iPhone-ovem Software License Agreement-u zapisano: “You own the media on which the iPhone Software is recorded but Apple and/or Apple’s licensor(s) retain ownership of the iPhone Software itself.” …. “you may not copy, decompile, reverse engineer, disassemble, attempt to derive the source code of, decrypt, modify, or create derivative works of the iPhone Software”.

Owners of the iPhone will be able to legally unlock their devices so they can run software applications that haven’t been approved by Apple Inc., according to new government rules announced Monday (vir CNN)

The U.S. government has said that iPhone owners are officially allowed to “jailbreak” their devices for “educational purposes.” The new rule was one of a number of exemptions to 1998’s Digital Millennium Copyright Act (DMCA) anti-circumvention protections. These exemptions are reviewed and authorized every three years to ensure that work protected by copyright can be used in non-infringing ways. (vir Mashable) 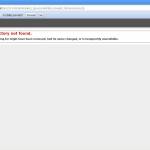 9 Responses to Jailbreaking is not a crime – že en mesec je jailbreak legalen!