It’s not a radar system, it’s failure of communication

Why do we obey and like the law? Because, it gives us a good perception on what’s right and wrong. It gives us the tools to define when someone is doing something wrong and act accordingly. And what happens to those tools and perceptions if the one handling the tool is indecisive in its execution or wants to conform to electorate? Simply put. We get Maribor situation.

So, what happened in this cute little town in eastern part of Slovenia, that sent media and public into a crazed frenzy. The topic has been covered extensively in media, mainly the aspect of financing the project, which is controversial granted, but in my opinion the aspect of governance and indecisiveness was not explored enough.

If a government body decides to create a measure to curtail an issue, issue should be therefore explored thoroughly, analyzed and an appropriate decisive measure taken, right? Not in this case. It failed. Miserably.

What happened, is fear and subsequently anger. The first week the radar system was activated, 16.000 speed violations were detected. Considering, there are only 95.000 residents in Maribor, its quite a big number. And here comes the indecision. After anger erupted over so many traffic violations and private financing of the project, there seemed to be two options for the local government.

Either, explain why this was setup in the first place and stick to it or cave-in into local demands. They took the second option, invalidating traffic tickets from the first week of operation. By doing this, message they sent to the public was confusing and at the same time validating public’s stance on the issue. In my opinion this was a catastrophic mistake. Choosing this option, they’ve empowered already angered locals who were destroying the radar systems and gave up little power they had over this issue.

Of course, second cave-in followed. Reducing the number of issued tickets to only those drivers, who violate speeds in excess of 30 km/h. In hindsight, they’ve should have seen this coming.

By definition, tolerance might be 5km/h anywhere you measure it. Does not matter if it’s a safe area, unsafe area, … by saying we’ll issue only warning’s to those who violate the law up to 29km/h over the speed limit is complete insanity. If its aim is to create safety on roadways, then this is plain ignorance on their part.

Does that mean if a driver hits a child driving 20km/h over the speed limit in a 30km/h zone, he or she will get a warning and not be charged with a crime? Of course they will, therefore… you get the point.

Simply put, 30km/h tolerance would imply speed limit on the road is not 50 km/h, but rather 80 km/h. Maybe it should be reconsidered if the current speed limits are what they should be in those areas.

In my opinion, there were five critical mistakes done by the local government in handling this matter.

And finally defining the rules. We love them, right? 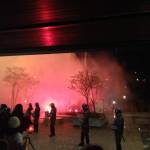 Like
the other shoe It’s not a radar system, it’s failure of communication

11 Responses to It’s not a radar system, it’s failure of communication