A political situation in Slovenia

Following the adoption of the pension reform, budgets for 2013 and 2014, halving the budget deficit, the successful stabilization of public finances and the return to international financial markets, Slovenia has been confronted with protests and political crisis.

Slovenia concluded the year 2012 with the adoption of some of the most important measures to overcome the crisis and restart growth. A mini tax reform was performed in April and May, which by introducing the reduction of taxes for businesses and incentives for investments improved the situation of the economy. A special austerity law was adopted in May which helped reduce the budget deficit by half.  In July, a comprehensive legislative package for growth was adopted, which lifted tens of bureaucratic obstacles for entrepreneurs and citizens. In October, Slovenia successfully sold government bonds in dollar financial markets and thus avoided a financial crunch. In December 2012, the pension reform was adopted and implemented, as well as the budget for the years 2013 and 2014, the law on the rehabilitation of the banking system and the law of the National Holding Company that provides for the privatization of state assets. Premiums on the Slovenian ten-year government bonds fell under 4.5%.

In February 2012, after early elections in December 2011, the new Slovenian government was sworn in. It took over the difficult economic and social burden from the previous term during which the socialist government in just three years, increased the public debt from 22 to 50% of the GDP, and plunged Slovenia from 91% of average development to 84% in comparison with the EU. The new government inherited a 6.4% budget deficit, unmodified lavish public spending altogether unbecoming the financial crisis,  huge losses in the three largest state banks, bankruptcy in the entire construction sector  and a large segment of the state owned economy in bad shape. Premiums on the ten-year government bonds reached 7% and foreign observers began putting Slovenia on the list of the EU and EMU members which would soon need external financial assistance.

The former Socialist government adopted a specific law on the integrity and prevention of corruption, which provides the preparation of principled opinions without an appeal. With the majority of socialist votes, Mr. Goran Klemenčič, secretary of state of the then Minister of Interior, was elected president of the Commission for the implementation of the law. At that time, Mr. Klemenčič was himself involved in one of most high-profile corruption scandals, involving the then Minister of Interior and her personal friend who via the Hypo Bank leased an office building, which the Minister immediately after re-rented from her friend for a significantly higher amount for offices of the special Anti-Crime forces.   Mr. Klemenčič was the auditor of the project and claimed that the deal was economical and lawful.

Another member of the Commission appointed at that time was a journalist Rok Praprotnik, an extreme leftist who had no professional references for the position. By appointing him to this position, the Socialist government repaid him for a decade of slinging mud at parties and politicians, who do not belong to the former communist camp. His most popular and permanent target was the SDS President and current Prime Minister Janez Janša.

On 8 January 2012, the Commission issued a so-called final opinion, in which Prime Minister and Leader of the ruling party SDS Janez Janša is accused (i.e. condemned at the same time) of the violation of law. The Commission accuses him that in the past 8 years he failed to report a € 210,000 worth of property and that he was a couple of times late in submitting the appropriate forms. The report has not even been handed to Prime Minister; it was only presented at a press conference and published on the internet.

The Prime Minister has strongly rejected the main accusations and explained to the public the origins of its total assets, which is, in the Slovenian situation, at the level of the average assets of the lower middle class. Prime Minister and President of the SDS has via internet already in 2011, before the general elections, disclosed a report on his personal income in all of his life and on inheritance from his deceased parents, together with the relevant contracts of purchases and sales. After almost 35 years of work, including the property he inherited from his deceased parents, the Slovenian Prime Minister owns half of a three-room apartment in Ljubljana, a small holiday cottage in Bovec and a few small agricultural plots. Prime Minister lives in a one-family house in a small hamlet nearby Velenje, which is an hour drive away from the capital of Slovenia. This house is under mortgage that needs to be repaid nearly in its entirety within the next 15 years. The owner of the second half of the apartment in Ljubljana is the president’s wife, who also has almost an entire credit to repay. Prime Minister’s wife is a doctor of family medicine and is employed full-time.

Prime Minister Janez Janša is employed for nearly 35 years. During this time he was 5 years the Prime Minister, 4 years a Minister and 11 years a member of the national parliament with an upper middle class income. Early in his career, he was an entrepreneur and co-founder of two computer companies. He has written several books, sold in over 85,000 copies only in Slovenia (with two million of inhabitants). Some have been translated into the English, German and Croatian languages for foreign markets. Prime Minister’s income at this time exceeds the value of the property by almost four times which is very well known in the Slovenian public as well as to the official institutions.

Communists and their political successors have tried to disable the incumbent Prime Minister and President of the SDS from 1983 onwards. During the communist period, before the democratic changes and before the independence of Slovenia, at the time when the country was ruled by Milan Kučan, Janša was due to his articles and statements several times arrested, detained, sentenced by a military court and sent to jail. He was released from prison in 1989 in a last group of the last political prisoners before the fall of the regime.

After independence he has been a constant target of various planted scandals and accusations. None of the allegations have ever been proven, they all eventually vanished as complete constructs or were after long and delayed proceedings finally rejected by the court. Just before the elections in 2008, he and the then Defense Minister were accused of corruption and negligent work during the process of purchasing military armored vehicles Patria.

The prosecutor who filed the indictment in the court of first instance is the wife of a secret police agent who arrested Janša in 1988. Janša was accused of receiving “an undefined award, at an undefined place, on an undefined day and in an undefined mode for other persons”. The trial has been dragging on for years, Janša has since been re-elected a Member of Parliament and Prime Minister while not even one allegation has been proven.  However the court trials are scheduled every Monday of the week and the media can write about the corruption.

Slovenia is the only former communist country that has not implemented the lustration. Communists and their successors have prevented all attempts. It is publicly known that former secret police collaborators today still work in editorial media, they are among judges, prosecutors, parliamentarians, university professors, etc. One of them even became President of the Slovenian Writers’ Association. Most of them do not deny their cooperation with the communist secret police; some even publicly praise it, saying that they were loyal to the country and to have worked against foreign secret services. The Former President of the Republic of Slovenia honored the last chief of secret political police with the high state decoration that triggered the international reaction, including the adoption of a special resolution at the EPP Congress in Berlin in 2010.

The political opposition was obviously fully prepared when the report (conviction) appeared in public and demanded the resignation of the Prime Minister even before he himself had the chance to get acquainted with it.  The Governmental coalition is composed of five political parties; three of them are members of the EPP while the other two parties belong to the left of political spectrum. Pressure to leave the coalition has focused primarily on them.

The last President of the Communist Party of Slovenia and later on the first president of the Republic of Slovenia, Milan Kučan, who despite his retirement still figures as the most influential political persona of the hard core Slovenian Left, has in his public appearances as well as via the background networks, activated members of the former secret political police, communist veterans, network of leftist organizations and some trade unions, and is also personally actively engaged in efforts to replace the government.

The so-called “old-boys network” controls the main media environment in Slovenia. Ever since the beginning of this Government’s mandate they have been at the same time accusing the Prime Minister Janez Janša of the “neo-conservative” revolution and of the “neo-liberal dismantling of the welfare state” due to the reduction of the budget deficit and the urgent austerity measures.

In November 2012, the network launched a series of protests in Slovenia, naming it “the peoples uprising”. Some protests were violent due to the participation of the extreme right-wing and left-wing groups. A couple of times they stood together under a banner stating: “We do not want to be European slaves” and “We will not pay for your crisis.”

They demanded resignation of the government, the withdrawal of Slovenian troops from Afghanistan, withdrawal from NATO and the return of the independent Slovenian currency. Despite the almost unanimous support by the two most influential TV stations in Slovenia, the largest uprising gathered together less than 10,000 people across the country, which is less than 0.5% of the population.

Following the announcement of the report (i.e conviction), which the Prime Minister had not had a chance to comment before the publication (even though the controversial law itself provides the submission of comments before the report can be published together with the comments),  the SDS Council members met to discuss it. President of the SDS and of the government, who explained and rejected all the main accusations in several public appearances even before the SDS Council meeting, requested a vote of confidence. After a lengthy debate the SDS Council voted. The vote ended with a score of 281 from 285 in favor of confidence. The attendance at the meeting was 93%. 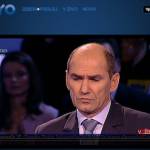 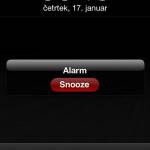 This Day Past Years