Kobe Bryant, 2008: “Have a good time. Life is too short to get bogged down and be discouraged.

BREAKING: Kobe Bryant died in a helicopter crash in Calabasas Sunday morning. Kobe was traveling with at least 3 other people in his private helicopter when it went down. Emergency personnel responded, but nobody on board survived. https://t.co/izOj2abWiz pic.twitter.com/pGCRkCFIZD

UPDATE: TMZ is reporting that Kobe Bryant’s 13-year-old daughter, Gianna Maria, aka GiGi, has died in the tragic helicopter crash as well. Our thoughts and prayers go out to the Bryant family and everyone affected by this tragic accident. pic.twitter.com/E5EbPUQT7K 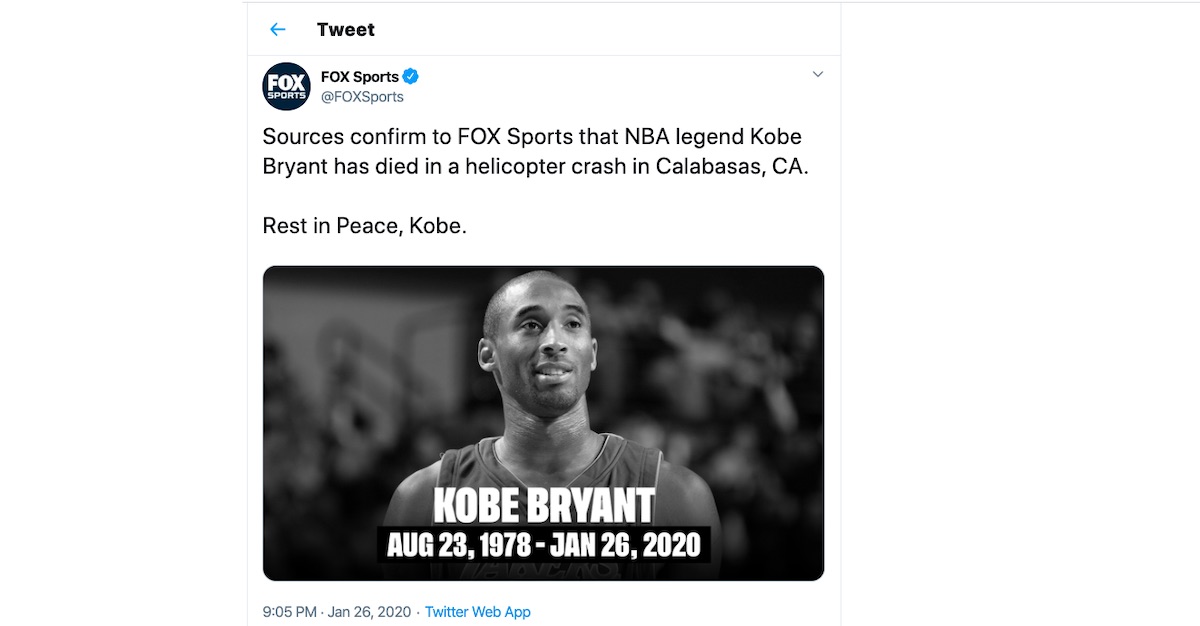