“In November 1970, after my arrest along with others who had engaged in a Boston protest at an army base to block soldiers from being sent to Vietnam, I flew to Johns Hopkins University in Baltimore to take part in a debate with the philosopher Charles Frankel on civil disobedience. I was supposed to appear in court that day in connection with the charges resulting from the army base protest. I had a choice: show up in court and miss this opportunity to explain — and practice — my commitment to civil disobedience, or face the consequences of defying the court order by going to Baltimore. I chose to go. The next day, when I returned to Boston, I went to teach my morning class at Boston University. Two detectives were waiting outside the classroom and hauled me off to court, where I was sentenced to a few days in jail. Here is the text of my speech that night at Johns Hopkins.”

Matt Damon reads from Howard Zinn’s speech “The Problem is Civil Obedience” (November 1970) from Voices of a People's History on Vimeo. 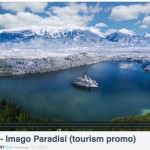 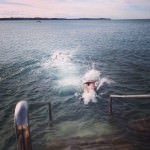 Like
video Matt Damon in govor Howarda Zinna – The Problem is Civil...