New patents filed by Apple suggest the latest handset could be thinner than its predecessors, and the company may use the LiquidMetal technology that it licensed in August 2010 and renewed last week to bind a Liquidmetal bezel to a sapphire glass screen, resulting in a thinner device than standard aluminium-framed handsets (vir)

While we obviously still have nothing that is confirmed about the new iPhones, word on the street is that the new Apple flagships will up the ante in terms of battery life, but perhaps not by as much as some might expect. Apparently, the 4.7” iPhone 6 will pack a cell with capacity of anywhere between 1800 and 1900 mAh (1810 mAh being the suggested figure), though a 2100 mAh cell has also been suggested. As for the 5.5” version, the rumors similarly diverge — some claim Apple is going for a 2500 mAh unit, while others insist on a larger, 2915 mAh unit. (vir)

NFC is one technology that Apple has steadfastly refused to integrate into its handsets or tablets, giving rise to plenty of rumours that the next one will have it. Obviously, that’s led to loads of people saying that the iPhone 6 will definitely have the technology, although we’ve yet to see any convincing evidence.

Recently, Nowhereelse.fr published shots of the iPhone 6 PCB. While the shots are nice and clear and the mounting points on the PCB appear to line up neatly with the mounting points in the leaked shells, the source of the photos also provided a bit more information, claiming that the phone would have 802.11ac Wi-Fi and NFC. It’s completely impossible to tell from the photos is this is true or not. (vir) 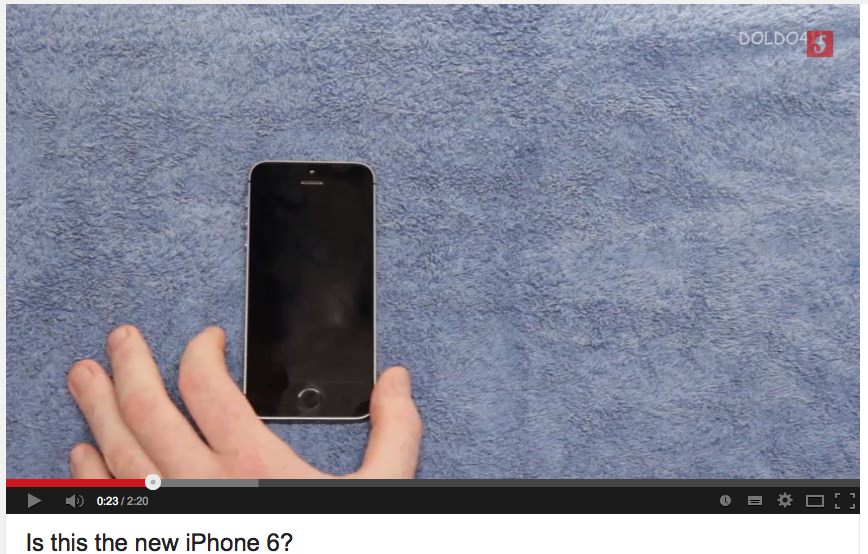 One Response to Ali je to Apple iPhone 6?